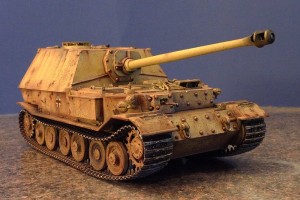 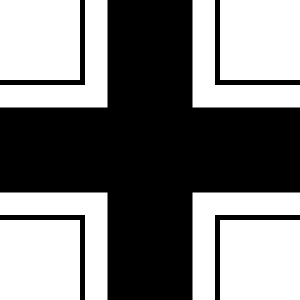 The Wehrmacht (Defence Force)—from German: wehren, to defend and Macht, power, force, cognate to English might) was the unified armed forces of Germany from 1935 to 1945. It consisted of the Heer (army), the Kriegsmarine (navy) and the Luftwaffe (air force). The term Wehrmacht generically describes a nation's Armed Forces, thus, Britische Wehrmacht denotes “British Armed Forces.” The term Wehrmacht is in Article 47 of the 1919 Weimar Constitution, establishing that: Der Reichspräsident hat den Oberbefehl über die gesamte Wehrmacht des Reiches (“The Reich's President holds supreme command of all armed forces of the Reich”). From 1919, Germany’s national defence force was known as the Reichswehr, which name was dropped in favor of Wehrmacht on 16 March 1935. The name Wehrmacht even in Germany is generally considered a proper noun of the 1935-45 armed forces, being replaced by Streitkräfte in its original meaning; however, this was not so even some decades after 1945. In English writing Wehrmacht is often used to refer specifically to the land forces (army); the correct German for this is Heer. [Wikipedia]

The Goliath tracked mine - complete German name: Leichter Ladungsträger Goliath (Sd.Kfz. 302/303a/303b) - was a remote controlled German-engineered demolition vehicle, also known as the beetle tank to the Allies. Employed by the Wehrmacht during World War II, this caterpillar-tracked vehicle was approximately 4 feet (1.2 m) long, 2 feet (0.61 m) wide, and 1 foot (0.30 m) tall. It carried 75–100 kilograms (170–220 lb) of high explosives and was intended to be used for multiple purposes, such as destroying tanks, disrupting dense infantry formations, and demolition of buildings and bridges. [Wikipedia]
Oberleutnant Otto Carius (born 27 May 1922) was a German Wehrmacht German Army (1935–1945) tank commander during World War II and is credited with destroying more than 150 tanks. END_OF_DOCUMENT_TOKEN_TO_BE_REPLACED
August 23, 1942 -- February 2, 1943 The Battle of Stalingrad (August 23, 1942 – February 2, 1943) was a major battle of World War II in which Nazi Germany and its allies fought the Soviet Union for control of the city of Stalingrad (now Volgograd) in the southwestern Soviet Union. Marked by constant close-quarters combat and lack of regard for military and civilian casualties, it is among the bloodiest battles in the history of warfare. The heavy losses inflicted on the German army make it arguably the most strategically decisive battle of the whole war. Afterwards, the German forces never regained the initiative in war in the East. [Wikipedia]