The T-34 was a Soviet medium tank produced from 1940 to 1958, which had a profound and permanent effect on the field of tank design internationally, as well as armoured unit tactics. When it first appeared on the battlefield in 1941, German tank generals von Kleist and Guderian called it "the deadliest tank in the world." The T-34's 76.2 mm (3 in) high-velocity gun was the best tank gun in the world at that time; its heavy, sloped hull armour was impenetrable by standard antitank weapons; and it was very agile. It has often been described as the most effective, efficient and influential design of World War II, although its armour and armament were surpassed by later tanks of the era. First produced at the KhPZ factory in Kharkiv (Ukraine), it was the mainstay of Soviet armoured forces throughout World War II, and widely exported afterward. It was the most-produced tank of the war, and the second most-produced tank of all time, after its successor, the T-54/55 series. In 1996, T-34 variants were still in service in at least 27 countries. [Wikipedia] 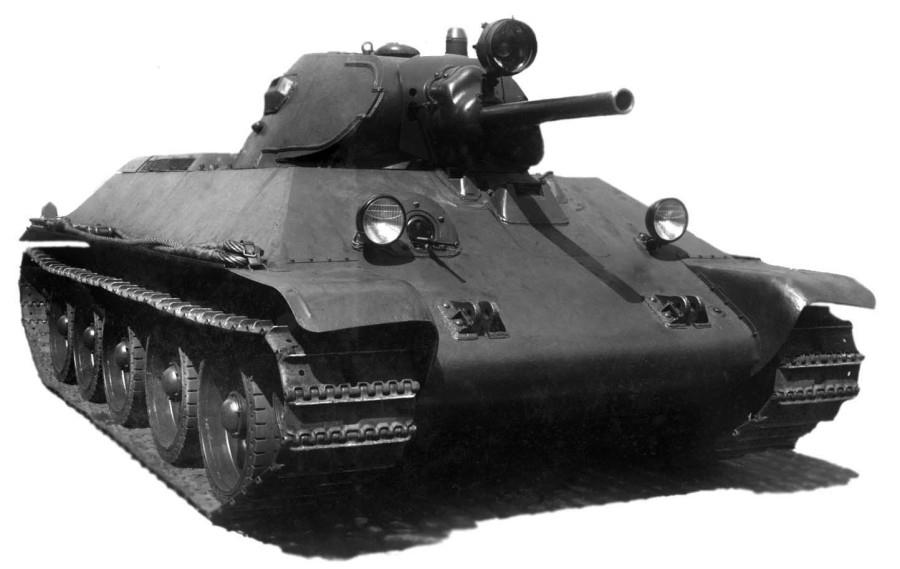